Foreign Direct Investment (FDI) refers to an investment made by a company based in one country in to another company based in other country. FDI is often preferred over Foreign Institutional Investments (FII) as it considered to be the most beneficial form of foreign investment for an economy. FDI plays a multidimensional role in the overall development of any economy. It provides a new source for capital, can lead to technological up gradation, skill enhancement and allocative efficiency effects. While FDI is expected to create positive impact on economy, it has also brought in certain negative impact on Indian economy during the past few years. The present study is conducted to study the relationship and analyze the impact of FDI on Indian economy. Flow of FDI for the past 15 years was taken for study( 2000-2015). The impact was studied by testing the correlation with the country’s GDP and Stock Market Indices. Sensex and Nifty were considered as the representative of Indian Stock Market. The study concludes that flow of FDI in to the country plays a dominant role in deciding the stock market movements.

Foreign Direct Investment(FDI) is a vital ingredient of the globalization efforts of the world economy. The impact of FDI on India has left an impression. The growth of international production is driven by economic and technological forces. It is also driven by the ongoing liberalization of FDI and trade policies. One outstanding feature of the present-day world has been the circulation of private capital flow in the form of  FDI in developing countries, especially since 1990s. Since the 1980s, multinational corporations (MNCs) have come out as major actors in the globalization context. Governments around the world – in both advanced and developing countries – have been attracting MNCs to come to the respective countries with their FDI. This experience may be related to the broader context of liberalization in which most developing and transition countries have moved to market-oriented strategies. But now-a-days, it seems that impact of FDI on India is a negative one. From a position of 8th rank in 2009 India has fallen to 14th position as country attracting largest FDI, according to “World Investment Report 2011” by United Nations Conference on Trade and Development (UNCTAD). Developing countries lik Singapore, Thailand, Taiwan, Malaysia etc. are attracting a higher FDI inflow than India. A number of studies and reports highlight the weakness of India as a falling FDI destination. In the latest study from World Bank “Ease of Doing Business in India 2011” India is ranked as 134 out of 183 countries. GD on impact of FDI on India can have different faces

View all posts by shilpaanand18

The Importance of an Internal Assessment

Precautions to prevent yourself from Corona Virus 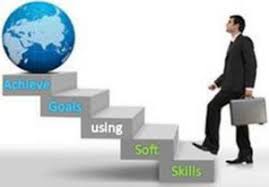 Powered by Regalia by Deepika

Life in the mountains

let me show you how stylish, subtle can be.

trading thoughts into something...

ALL INDIAN FOODS UNDER ONE ROOF

Understanding ourselves and the world we live in.

The Art of Being Fabulous

I want to be rich. Rich in love, rich in health, rich in laughter, rich in adventure and rich in knowledge. You?

Travel Blog - Travel with me around the world; the way is the destination - Buen Camino!

Be Your Child's First Teacher

Praying With Our Feet

News from the Parks in Slovakia

Bringing you UX design news from around the web